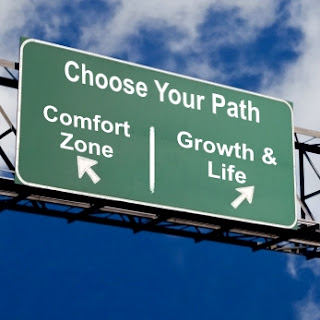 I came across a great article/homily by Fr Charles Klamut on life lived as vocation. I found myself nodding in agreement with much of his assessment and hope that you find it thought-provoking as well.

The Vocation To Life

A few years ago, during a retreat for priests, Msgr. Lorenzo Albacete shared with us a story of his friend, Cardinal Angelo Scola.  When asked by a journalist about the shortage of vocations to the priesthood in Italy, Scola replied that the problem stemmed from a deeper crisis: the problem, he said, was that life itself is no longer seen as a vocation.
Albacete reflected on this insight for the next few days, calling it very important, explaining to us what he thought Scola was getting at.  The call to life is something given, something prior to our thoughts and schemes.  It’s even prior to the particular vocations like marriage and the priesthood.  We did not choose it; it’s just there. Within the human heart is a cry for life, real life, eternal life: life properly so-called.  The New Testament, using a more nuanced Greek vocabulary than our modern-day English, used multiple words for “life:”bios to refer to material, physical life; zoe to refer to a more comprehensive, metaphysical, all-encompassing life, such as the kind promised by Jesus. The heart cries for infinite life, not just bios, but zoe.  The heart cries for a freedom and happiness which, alas, we cannot give ourselves.  In short, the heart cries for God.
This call to life which our heart always hears, even if we don’t (affected as we are by reductionist cultural forces), is awakened and answered by the exceptional presence of Christ.  Jesus Christ is the infinite made visible and historical, the answer to the heart’s cry for life: “I came that they might have life, and have it more abundantly” (John 10:10).
Albacete spoke of the experience of the first apostles as recorded in the Scriptures.  For them, Christ provoked a total human awakening, provided a total human answer, not just a spiritual one.  From Christ’s first question to John and Andrew, 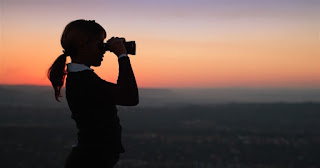 “What do you seek?” he was engaging them on the level of life itself.  Their response to his question was: “Where are you staying?”  This suggests their longing for a lasting place to be with him, to share life with him.  Only with time would the call of Christ reveal itself in its ecclesiastical specifics, as a logical extension of the vocation to life.

A number of priests at the retreat were puzzled that so much time was spent on the general theme of the call to life, and they were wondering when the specifics of the priesthood, such as the Eucharist, would be addressed.  Albacete insisted that the vocation to life, and subsequently, to Christianity, provided the solid foundation on which the vocation to the priesthood is built.  Without the former, the latter will be unstable and will eventually crumble, as we have all sadly seen so many times in recent years.
The retreat had a major impact on me and on many of the others present.  It challenged me to think more deeply about my entire life, not just my priesthood.  I was challenged to recall why I was moved to be a Christian in the first place, let alone a priest.  Looking at experiences along my way, I remembered how Christ really has, time and again, answered the cry of my heart.  In unexpected and exceptional ways, Christ has made it possible for me to live a free and human life, and has rescued me from confusion and despair, from the prison of my ego.  In this context, the specifics of the priesthood make sense. Like the apostles, I first said “yes” to Christ because of the total answer he provided for my human need, and only within this context did a specific vocation to serve as a priest gradually begin to reveal itself.
With the vocation to life as a defining principle, I began with excitement to notice a similar emphasis in Church teaching.  Consider the line from the Second Vatican Council, often quoted by Pope John Paul II:  “Christ, the new Adam, by the revelation of the mystery of the Father and his love, fully reveals man to himself and makes his supreme calling clear.”
Man is no longer a mystery, a stranger to himself.  Humanity now knows who he/she is and who God is, thanks to Christ.  Humanity now sees that life has meaning, that each of us has a “supreme calling.”
Pope Benedict XVI has advanced this theme in his own way, speaking repeatedly of the need for the Church to advance “a true humanism, which acknowledges that man is made in the image of God and wants to help him live in a way consonant with that dignity” (God is Love, 30). True humanism comes from Christ, because only Christ reveals man to himself, clarifying his supreme calling to life.  The Pope, like his predecessor, seems unwilling to consign salvation to heaven.  Rather, he seems eager to see the Kingdom arrive here and now, through the response of men and women to Christ’s call to life, bearing fruit in a true humanism of dignity and redemption.
Christians are the true humanists.  Perhaps it’s time to be bolder in asserting this. Turning to the Pope Benedict's encyclical, Charity in Truth, the vocation to life is discussed with great insight in the context of the development of peoples.  In an extended section discussing Pope Paul VI’s social teaching from forty years earlier, Pope Benedict reaffirms that progress and development cannot be reduced to the material plane, as, unfortunately, so often happens.  Development involves not just having more, but being more, including the “whole man.”
Pope Paul VI, says Pope Benedict, insisted on the link between the proclamation of Christ and the advancement of the individual in society (the humanism theme again).  Christ knows that man does not live on bread alone. Christ feeds man’s whole being with the Word of God, redeeming him, “developing” him, and thus enabling him, in turn, to contribute to the true development of others.  Pope Paul VI insisted that progress is, first and foremost, a vocation, a call initiated and made possible by God, saying that “in the design of God, every man is called upon to develop and fulfill himself, for every life is itself a vocation.”
Continuing his discussion of Pope Paul VI and development, Pope Benedict says:

To regard development as a vocation is to recognize, on the one hand, that it derives from a transcendent call, and on the other hand that it is incapable, on its own, of supplying its ultimate meaning.  Not without reason, the word “vocation” is also found in another passage of the Encyclical (by Pope Paul VI), where we read: “There is no true humanism but that which is open to the Absolute, and is conscious of a vocation which gives human life its true meaning” (Charity in Truth, 16).

About Fr. Charles Klamut Fr. Charles Klamut was ordained in 1999 for the Diocese of Peoria, Illinois. He has served in parish and high school ministry. He is worked in campus ministry at St John's Catholic Newman Center at the University of Illinois and is currently pastor at St Ambrose Parish in Milan, Illinois. He is also a part-time chaplain at Alleman High School in Rock Island.
Posted by David Nybakke at 10:24 AM