Witnessing "... their joy, their certainty, their completeness." 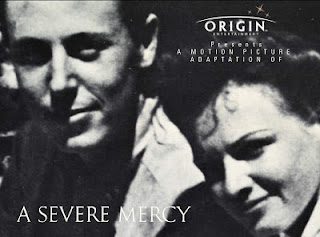 ― Sheldon Vanauken from A Severe Mercy

I think it is worth repeating the first part of his quote again:

“The best argument for Christianity is Christians: their joy, their certainty, their completeness."

"...their joy, their certainty, their completeness."

A Severe Mercy appears to be headed to the big screen, click HERE.
Posted by David Nybakke at 6:28 AM 2 comments: