Madeleine Delbrêl (1904-1964), an unconventional Frenchwoman who grew from precocious child to bohemian adolescent and from confirmed atheist to Catholic convert. A woman of great compassion and awareness, she was vigorously involved in the major social, political, cultural, and religious movements of 20th-century France. After her conversion, she founded an experimental community of professional women who lived and worked among the French Communists in the Paris suburb of Ivry-sur-Seine. A true humanitarian with a contemplative spirit, she came to love God intimately in the streets, cafes, subways, and people of Paris. Her "Cause for Beatification," the first step to sainthood, is currently under study in Rome. From her writings found in We, the Ordinary People of the Streets is this reflection on faith. 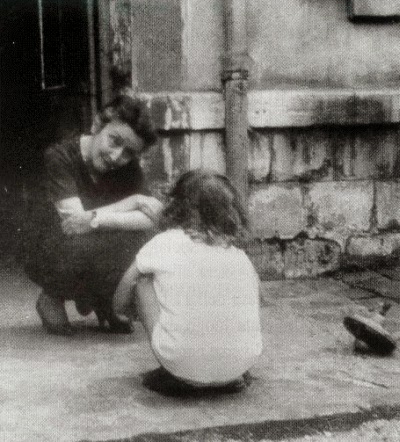 Faith teaches freedom
Vis-a-vis the world that is created to serve him, and vis-a-vis God who created him, man is free. He is free to accept or reject his vocation to live as a human being and his vocation to live as a child of God, but whether he accepts or rejects them depends on his choice.
On the other hand, man does not have the capacity to create. He cannot recreate man: he cannot invent some other child of God. He nevertheless retains the capacity in freedom to live what he was given in a way that degrades, destroys, or falsifies it.
The only thing that counts between us and God is what is free. God judges us according to our choices. Faith is given to that in man that has remained free. It is the science of eternal realities, of all that God has told us about himself and all that he has told us about ourselves.
It is the art of knowing how to do God's will, the science of charity. It governs our choices.
It was given to us so that we might attain eternal life, but that we might do so in time; it was given to us so that we might live God's life, but that we might do so in our human life; so that we might bring about the salvation brought by Christ, but to bring it about in the world and in history.
It is given to us so that we would choose God with human acts; so that we would do God's will in human history, in the human world, with human acts. It is as temporal as we are; it will pass away when we die.
Faith is given to the human being we are on behalf of all the human beings that we are not.
Moreover, faith teaches us that the Christian life should be structured like a living tissue, according to eternal laws, but that it must be lived in the immediate, in the moment, in the particular. We are destined for the eternal love of God. But we can only come to this love in our human life, in the time that belongs to us and others, in the world here and now.
Posted by David Nybakke at 12:51 PM